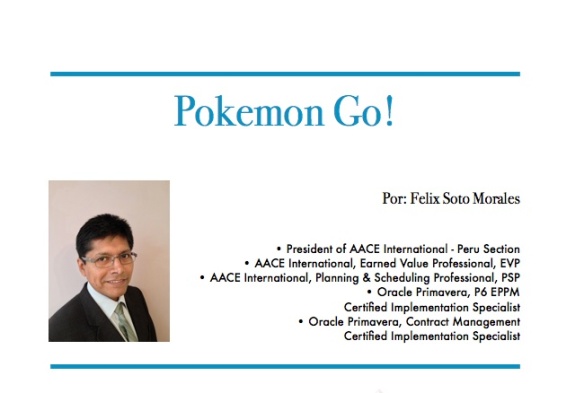 This is not a Pokemon story 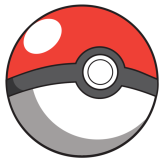 My daughter Alejandra is a huge Pokemon fan.  Such she is, that when we were in Tokyo for the very first time, one of the first places to visit was the Pokemon Center Mega, the biggest themed store about this game in Tokyo and the whole world.  I am not a Pokemon fan, actually this subject bores me a lot.  Nevertheless, I have to say that being surrounded by many fans from many different countries, made me introduce myself —for a moment— into that world, and I learned in this game you must fight with other people called “trainers” and to have greater chances of success you must have your best Pokemon on hand.

As well as in that fictional world you must have your best exponents in order to win, in my professional life I also need to have my aces under the sleeve, to allow me to be better at my job.  If you had read my posts before, you should know that I am focused in project control, mainly in engineering and construction.

So, which “Pokemon” am I going to face the project control world with?  Of course I have decided already my weapons, those that probably makes me become a better consultant and why not, even better paid!

Below, I show you my three “Pokemon” for 2016, with a short description:

1) Project Control Expo:  It’s a convention of “Pokemon trainers” taking place in London since 2011.  Its purpose is to bring together many gurus on project controls and also the best software used into this field.  This year it will be held on November 16, at the famous soccer club stadium Arsenal.  It is been a long time since I wanted to go and after five years of growth, I will be there this time to nourish myself with invaluable knowledge.  I think this Expo is worth to train, learn whatever the other side of the world is making regarding project controls and stay at the forefront.

2) Asta Powerproject: This Pokemon’s home is also England.  However, the software has already spread throughout Asia, Europe and has recently been seen in North America.  Asta Powerproject is a software as versatile as MS Project, but complies every requirements Primavera P6 brings.  I am positive that in the years to come it will arrive to South America.  And if we say the software can also make Building Information Modeling, as well as work trains programming, in an overwhelmingly easy way, then we just have to wait quite a few to hold it into our hands.

mon is my “greatest weapon”, something like a “Charizard” or a “Mewtwo”, two of the strongest Pokemon in the original saga, which everyone wants to fight with because of their great power.  Safran Risk comes from Noruega and it aims to be the new standard for schedules quantitative risk management.  It comes to defeat the supremacy of Primavera Risk Analysis, so to speak.  How are they going to do it?  Nothing less than its simplicity.  You just need to follow the steps one by one in order to do your quantitative risk analysis.  You will not need more experts to work with so complex softwares.

Well, those are my Pokemon for this year and in the next three posts I will describe them in more detail.  Which are yours?

Our web: www. metacontrol.com.pe/articles.html  and our Blog